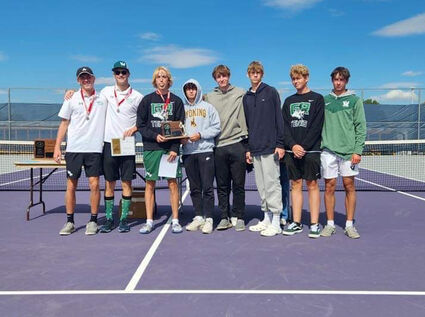 The format for state championships is the same for both boys and girls and was the same as during the season. Each team has eight players, a number one and number two singles player. A team of two players as their number one, two, and three doubles teams. The top four players in each category received awards as did the top boys and girls team.

Head Tennis Coach Phil Harder commented on his Tennis teams for the 2022 Fall season saying he was "Proud of our kids". He went on to say they played hard with the boys team having a lot of success this season and were great examples to our JV and young players to emulate and look up to." Harder also felt the "girls team was young this year and came along real well and had success; very proud of their progress and dedication to getting better and they are already looking forward to next year with what they need to do to improve and tournaments they want to play in the off season."