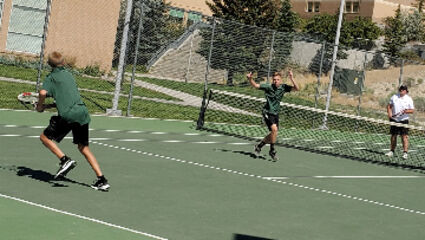 The Green River High School boys and girls tennis teams kicked off their season Saturday morning on a beautiful sunny day against a very good, seasoned Jackson team. Jackson's older, more experienced squad, which included a defending State champion on the boys team, won both the girls' and the boys' matches.

The young Lady Wolves team was shut out by Jackson, who won all their matches, while the Green River boys #1 and #2 doubles team defeated Jackson in two competitive matches, with Jackson boys winning both the singles matches.

Head Tennis Coach Phil Harder commented that "Jackson was a...