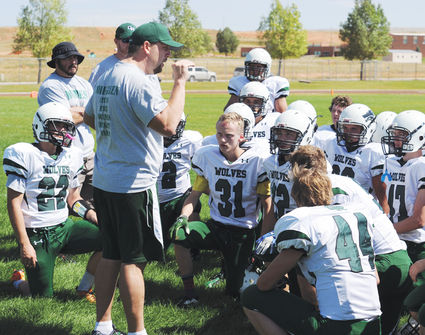 It's less than two days till the Green River High School football team takes to the field to kickoff the 2014 season.

After opening last season at home, the Wolves will take to the road for their opener this year with a game Friday night at 7 p.m. against Riverton.

After the first two weeks of practice, it's so far so good for the 2014 team.

According to head coach Don Maggi, the first week plus of practice has been going well, although the team has had to face the challenge of starting practice on the same day they started school.

He said while some other schools in Class 3A had the chance...