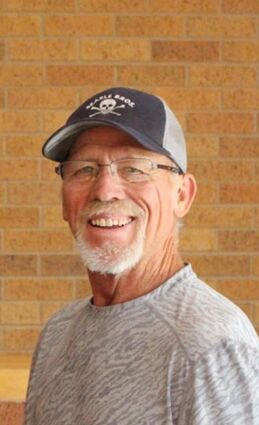 He was born December 24, 1956 in Ogalalla, NE to Robert Vasa Sr. and Dorothy Moore. Bob lived in Ogallala as a youth until his family moved to Loveland Colorado in 1969. Bob's family moved again to Rock Springs, Wyoming in 1974 where he attended school and graduated from Rock Springs High School in 1976. He was a very successful wrestler.

Bob married the love of his life, Kathy Gayda in Fort Collins Colorado on November 6, 1976 after driving back and forth to Colorado for a year and a half to be with her. The couple lived in Rock Springs for a short time before moving to Alliance, Nebraska for work. While in Nebraska the couple had 2 children, Candise and Steven. Bob worked in his father's construction company as a contractor building residential homes. In 1986 the family moved back to Colorado where he started his own contracting business, Colorado Custom Construction and worked building homes up and down the Colorado front range until 2007. Bob then moved back to Rock Springs to work heavy dirt construction with his brother at Searle Brothers Construction Company.

Bob always teased those he cared about and loved to talk to anyone he met. He enjoyed traveling, golf, bowling, riding bikes, working on projects around the house and being with his family, especially his grandchildren.

He was a devoted husband, father, and grandfather. Bob would give the shirt off his back to anyone who needed it, he will be deeply missed by all who where fortunate enough to know him.

Cremation will take place; a Celebration of Life planned at a later date.