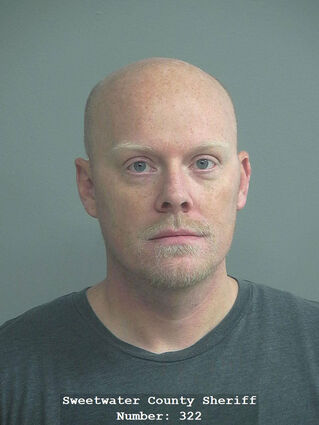 A Rock Springs man was arrested the morning of December 19 after his child died from an accidental drug overdose in October.

Daniel Scott James, 35, of Rock Springs was arrested at his residence without incident. James is accused of involuntary manslaughter in his son's death.

Sheriff's office spokesperson Jason Mower said on the morning of Tuesday, Oct. 21, deputies responded to a home north of Rock Springs for a two-year-old boy who was unconscious, unresponsive and not breathing.

"When they arrived, they found the boy's father administering CPR. The child's body was stiff and cold to the touch; he was obviously deceased," Mower said.

Despite first responders' efforts to resuscitate him, the boy was pronounced deceased by paramedics on the scene.

Through the course of investigation, detectives learned James was taking a number of different prescribed and illicit medications including Buprenorphine, commonly branded as Suboxone and prescribed to treat opioid withdrawal.

At the time of death, James said kept his medications in a pill organizer on the microwave. The night before the boy died, James told investigators he noticed his Buprenorphine was missing from the pill organizer. The child's mother also reported that her toddler son vomited several times before bed that night.

While no obvious signs of trauma were discovered during autopsy, toxicology results revealed Buprenorphine in the child's system. While forensic experts would not specify the exact number of pills the boy may have ingested, they said less than one pill was enough to prove lethal.

Lead detective on the case, Stephanie Cassidy, said, "These investigations are never easy. A child was lost. Despite the circumstances, my deepest condolences are with the family. We've spent a lot of time and effort over the last few months piecing this together and trying to bring justice to this little boy."

In Wyoming, involuntary manslaughter is defined as unlawfully killing any human being without malice, involuntarily, but recklessly, and is a felony punishable by up to 20 years in prison.

The dedicated men and women of Sweetwater County Sheriff's Office remind everyone that all people are presumed innocent until proven guilty in accordance with law.