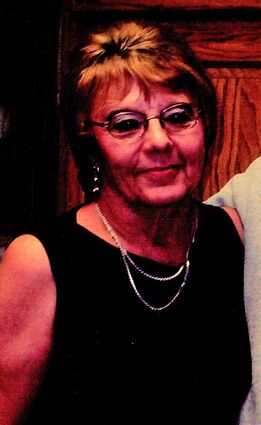 Donna Jean Kumpula Chabre passed away Saturday, November 26, 2022 at The University of Utah Hospital in Salt Lake City, Utah. She was a life-long resident of Wyoming.

She married Michael R. Shaw Sr., on June 16, 1965, and they later divorced. Her younger years were spent raising her two children, Michael R. Shaw Jr. and Tara Jean Salitrik. During this time, she was an active Member of the Rock Springs Jayceettes. While serving, she held various offices as well as being President from 1982-1983.

She was employed at SWRC from 1991-2006, this was her true passion, and loved helping others. She was currently employed at Ross and was preparing to retire after the first of the year.

She loved spending quality time with her family and was very active with her grandchildren in their younger years. Her hobbies were camping, 4 wheeling, watching Cowboy and Broncos football, NASCAR, and gambling.

She is preceded in death by her parents, one brother, Duane Kumpula; one grandson, Brandon Salitrik; one uncle, Stanley Bercich; who was her bestest buddy in the world and longtime companion, Wayne Bockleman.

Funeral Services will be conducted at 10:00 a.m. Friday, December 9, 2022 at Vase Funeral Chapel, 154 Elk Street, Rock Springs, Wyoming. Interment will be in Rock Springs Municipal Cemetery. Friends may call one hour prior to services.