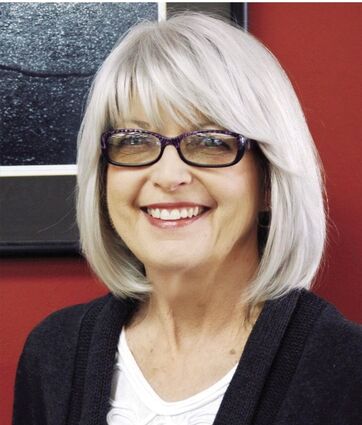 Pamela Jelaca peacefully passed away at the age of 72 while surrounded by family at her home on Saturday Nov 26, 2022.

Pam was born in Cheyenne, Wyoming on February 5, 1950, the daughter of Donald McKay and Shirley McGee McKay. Robert "Bob" Morrissey would later become her stepfather.

She was raised in Cheyenne and graduated from St. Mary's High School in 1968. She married Joseph "Joey" Jelaca at St. Mary's Cathedral in Cheyenne on February 15, 1969. They made their home in Rock Springs and raised three children. He preceded her in death on December 6, 2003. She worked as an Associate Broker in real estate for several years, attended WWCC, served as President for the Memorial Hospital of Sweetwater County Auxiliary, taught CCD classes for the Catholic Church. She joined Hospice of Sweetwater County in 1985 and retired as its Executive Director in 2017. Pam enjoyed reading, gardening, camping and spending time with her family.

She was preceded in death by her husband, parents and mother and father-in-law: Olga and Baker Jelaca. She is survived by her children: Jason Jelaca, Lisa and Pat Hautala and Kara Jelaca, all of Rock Springs; grandchildren: Trevor, Hailey and Abby Hautala, Joey Simpson, Ben Hautala and family, all of Rock Springs; Brian Hautala and Kala Hautala and their families of Jackson, WY; sister-in-law Mary (Blaine) Slagowski and nephews Ryan (Jeana) Slagowski of Rock Springs; and David "DJ" Jelaca of AZ; brother, Tim Morrissey; two sisters she felt fortunate to meet later in her life: Loretta Mounts of Everett, WA and Charlotte Evans of Omaha, NE; several cousins.

A Mass of Christian Burial will conducted at 9:30 A.M. Thursday, December 1, 2022 at the Our Lady of Sorrows Catholic Church, 116 Broadway Street, Rock Springs, Wyoming. Graveside Services and Interment will be in the Rock Springs Municipal Cemetery. Friends may call one hour prior to services.

The family respectfully requests donations be made in Pam's name to Hospice of Sweetwater County, 333 Broadway, Suite 220, Rock Springs, WY 82901 or http://www.myhsc.org.