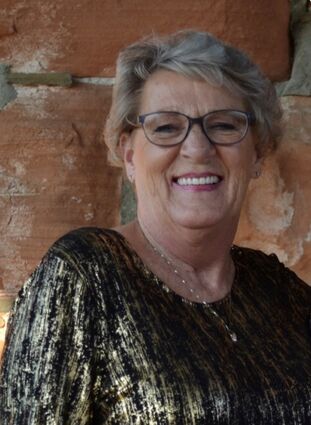 Mary Sue Simmerman, 70, passed away Sunday, October 2, 2022 at her home, peacefully surrounded by family in Rock Springs, Wyoming. She was a resident of Rock Springs for 39 years and former resident of North Dakota. Mrs. Simmerman died following a three-year courageous battle.

She was born December 8, 1951 in Stanley, North Dakota; the daughter of John Gray and Beatrice Whitmore.

Mrs. Simmerman attended schools in Stanley and was a 1969 graduate of Stanley High School.

Mrs. Simmerman worked for Wyo Radio until her retirement on March 25, 2016 as a Traffic Controller, she previously worked for Big Nickel and Davenport Chiropractic.

She was a previous member of Red Desert Rodeo Committee; Police Commission; BPW; United Way and Chamber of Commerce.

Mrs. Simmerman enjoyed spending time with her family and friends.

She was preceded in death by her father, John Gray; her mother Beatrice Evenson and husband Everett and one bonus brother, Jim Todd.

A Mass of Christian Burial will be conducted at 1:00 P.M. Friday October 14, 2022 at Saints Cyril and Methodius Catholic Church, 633 Bridger Avenue, Rock Springs, Wyoming. A Vigil Service with Rosary will be conducted at 5:00 P.M. Thursday, October 13, 2022. A Graveside Service and Inurnment will be in Rest Haven Memorial Gardens.