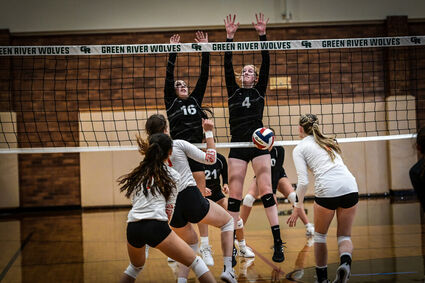 The Lady Wolves Volleyball team had two games last week against Sheridan and Star Valley. Coming from a tough loss the week before against Jackson, the girls showed a lot of integrity and had control over the Sheridan match the entire time.

The head coach, Jessica Demaret explained, "The Sheridan game for us was just a good all around team effort. I felt like all of the girls that were on the floor played a complete match, beginning to end."

This was a great confidence boost for the girls going into that weekend of games.

Their second match of that weekend was against Star Valley. This ma...