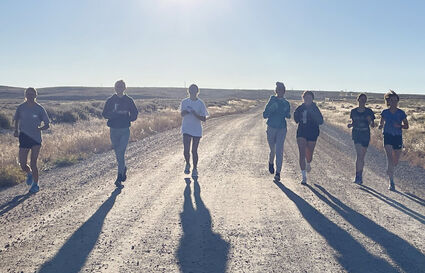 The Green River High School boys and girls Cross Country teams competed at the Evanston Invitational this past weekend against teams from Evanston and Lyman and a few competitors from Manila, Utah. There were 33 runners in the girls field and 52 in the boys. Head Cross Country Coach Craig Leavitt noted that Evanston has a large team and he felt the girls "got in there and competed." Leavitt pointed out that Evanston moved from being one of the better 4A teams to now being 3A, so we will be seeing them again soon.

The Coach also pointed out that on the boys side their top runner this season, Nathan Stevenson, went down halfway into the race and turned his ankle, but the Coach expects that he should be back this week in Rock Springs.

The team will be competing at Rock Springs in their next meet.