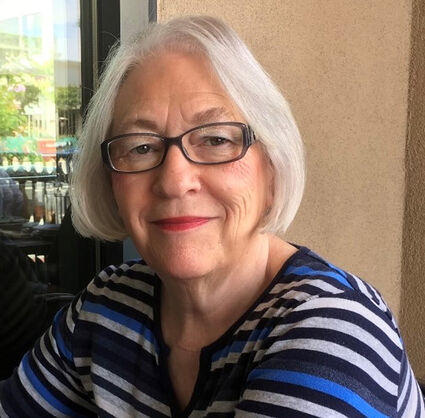 Maxine Condie, 82, passed away peacefully at her home Tuesday, September 13, 20221 in Rock Springs, Tuesday. Maxine was a life-long resident of Rock Springs. She passed away from a long battle with Alzheimer's.

She was born November 18, 1939; the daughter of Mike Zakovich and Mildred “Rusty” Foster.

Maxine attended schools in Rock Springs and graduated with the class of 1958.

She married the love of her life Robert Condie in June 4, 1961. This past June they celebrated their 61st wedding anniversary.

Maxine worked for Sweetwater County Land and Title for 15 years until her retirement in 2002. Her greatest accomplishment was being a wife and mother. She was an wonderful at both.

Maxine enjoyed spending time with family and her friends. She loved visiting her daughters in Colorado and Washington.

Maxine excelled at baking, everyone knew her for her coffee cakes and Scottish Shortbread. During the Christmas holidays she made the best fudge and penuche. She enjoyed reading, knitting and quilting in her younger years. She was just honored as a 60-year member of PEO Chapter AE.

She is preceded in death by her parents, two sisters, Marlene Taucher, Margaret “Margo” Clark, one brother-in-law, Alex Clark.

The family respectfully requests donations be made in Maxine’s memory to Hospice of Sweetwater County, 333 Broadway, Suite 220, Rock Springs, Wyoming 82901 or In Honor of Her PEO Chapter AE, Cottey College, Advancement and Care of Cotty College 1000 West, Austin Nevada, Missouri 64772.