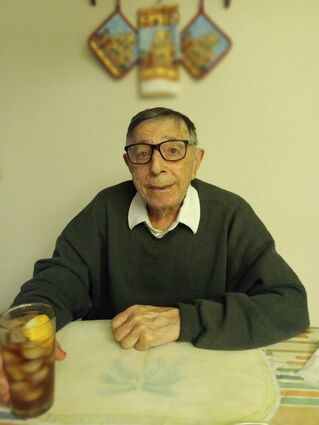 He was born November 29, 1933 in Rock Springs, Wyoming; the son of Oreste Frazzini Sr. and Stella Mariani Frazzini.

Rusty attended schools in Rock Springs and was a 1951 graduate of the Rock Springs High School. He then attended college at University of Utah.

He served in the United States Army. Upon his discharge from the Army, Rusty attended and graduated from Stevens-Henager Business College in Salt Lake City.

He put his business skills to good use during his career at the U. S. Post Office in Salt Lake City. While working at the Post Office, he enjoyed bowling, fishing trips to the Wind Rivers, watching sports and watching Wyoming Cowboy's football team beat the University of Utah Utes. He was also a member of the American Legion Archie Hay Post #94.

During his retirement, he enjoyed fishing in Canada and Washington State, traveling, watching sports, going to Spring Training Baseball games, filling out crossword puzzles and attempting to master the sport of golf. He was also an active member of the Sun City West Posses for many years.

Cremation has taken place, Military Honors, Graveside Services and Inurnment will be conducted at 11:30 A.M. Friday, September 9, 2022 in the Rock Springs Municipal Cemetery.