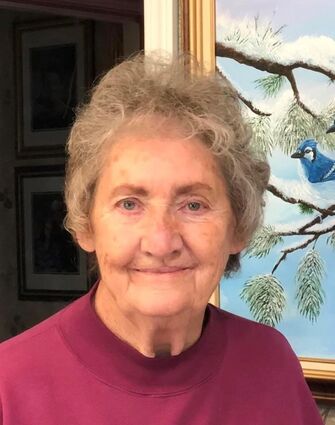 She was born on June 30, 1944 in Miami Beach, Florida; the daughter of Lowell Wesley Davis Sr and Berniece Cleo Rettig.

Mrs. Shuster attended schools in Kahoka, Missouri and she was a 1962 graduate of Kahoka High School.

Mrs. Shuster was a member of the Green River Assembly of God.

She loved spending time with her family and friends; painting; making silk flower arrangements; gardening; photography; sitting outside in the backyard with her husband and listening to the water fountain and birds; taking short trips to the Tetons and close areas; loved collecting rocks from their short trips. Mrs. Shuster loved God and Gospel Music and her husband who was her hero and protected her many times.

She won many trophies at the Sweetwater County Fair for her acrylic paintings.

She is preceded in death by her parents, Lowell and Berniece Cleo Davis; father and mother-in-law, William and Ellen Shuster; one brother, David L. Davis one son, Matthew Schmitt; one daughter, Carol M. Vinson, one cousin, Rose Marie Moore.

Cremation will take place; a Celebration of Life will be conducted 11:00 A.M. Thursday, September 22, 2022 at the Vase Funeral Home, 154 Elk Street, Rock Springs, Wyoming. Inurnment will be in the Rock Springs Municipal Cemetery. Friends may call one hour prior to services.