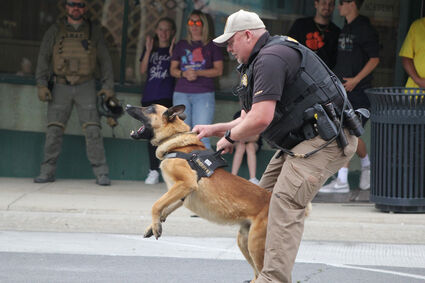 Deputy Sheriff Scott Morris holds back K9 Deputy Sheriff Arry during a demonstration at Red White Buffalo's National Night Out event. Arry is a three-year-old male Belgian Malinois who was added to the SCSO staff this year after the passing of K9 Sergeant Huk. 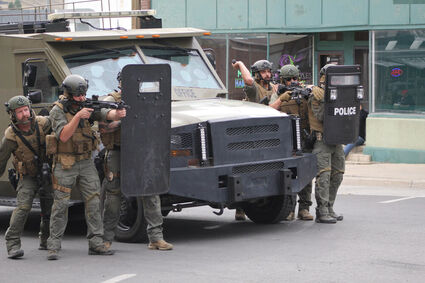 The Sweetwater County SWAT team throws flashbangs and prepares to approach a vehicle during a demonstration.

"National Night Out is a national community-building campaign that promotes police-community partnerships, and enhances the relationship between neighbors and law enforcement while bringing back a true sense of community, and can provide a great opportunity to bring police and neighbors together under positive circumstances, giving people a chance to get to know their officers or ask questions," the GRPD explained.