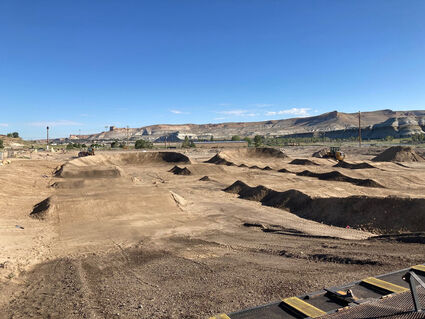 The dream of an outdoor BMX bike track in Sweetwater County is closer to reality following work over the past several weeks on leased land in Green River. The Southwest Wyoming BMX began to build the track thanks to several donations. The location is the old Bike Park in Green River.

The old track was torn down to make room for the dual-purpose track, which will include a fenced-in competition track and a community pump track. Organizers will host an open house July 25 beginning at 4 p.m., followed by a ribbon cutting at 5:30 p.m.

The non-profit group received a $50,000 grant from the School District No. 2 Rec. Board in May, which got the process of building the track moving. The groups leaders, Heather Salinas, Siobhan Ledford and Alysia Wegner, then began the building phase of the project. To follow the progress of the project, you can follow them on their Facebook page "Southwest Wyoming BMX."