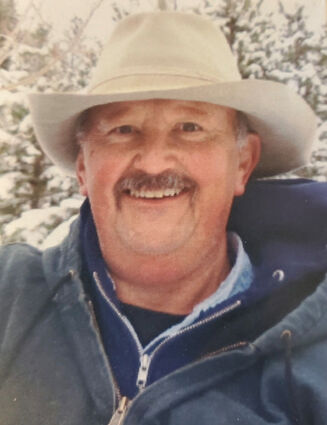 Forrest Lee Fry, 72, of Green River Wyoming, passed away, Sunday May 22, 2022 unexpectedly while on vacation in California with his beloved wife Gay.

He was born in Canon City Colorado and later he met Gay in Fort Morgan Colorado. They married on February 15th, 1970 and just celebrated their fifty second year of marriage.

After he graduated high school in 1968, he enlisted in the United States Marine Corps and proudly served his country in Vietnam. In 1976 he graduated from Western State College in Gunnison Colorado with a bachelor's degree in teaching elementary education and special education and taught until 1979. Forrest was an honest and a hardworking man. He worked hard in everything he did. Forrest had two businesses. In 1985 he opened Fry's Custom Floors for thirty-five years in Green River and in 1999 started a second, Shipping +Plus for twenty-three years in Evanston.

He loved the outdoors in so many ways. If it was camping, gardening, hunting, hiking, or exploring he couldn't be more at home, but his real true love was fishing and dropped everything to hit the river or lakes and could talk about bait and lures for hours. Forrest had the gift of gab and made friends everywhere he went and was a craftsman in his business and creative in all of his hobbies. He was always looking forward to the next adventure and looked forward to his travels.

The most important thing to Forrest was his family. He raised two children, Stacey Adelle and Eric Michael and his granddaughter Emily Dawn. There were many family vacations and adventures over the years that have made long lasting memories that will be remembered by all.

He is survived by family members, his wife Gay, daughter Stacey (Jason), Granddaughter Emily, sister Irene Murray (Lee), Brothers-in-law, Howard (Claudia), Terry (LeeAnn), Gene, many nieces and nephews and several friends that are considered family. Forrest is preceded in death by his mother Ethel and his son Eric Michael.

He will be missed by so many and loved by all. Donations can be made to the Union Congregational Church (UCC) Manface Church in Green River Wyoming. P.O. Box 400, Green River WY 82935.

Cremation has taken place; a Celebration of Life will be conducted at a later date.