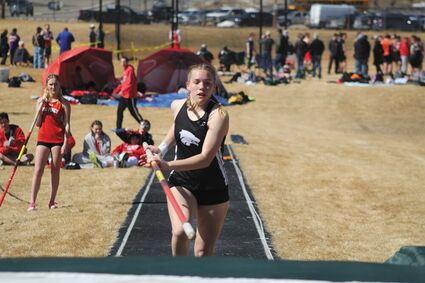 Madison Moffat competes in the pole vault competition during the Green River invite Friday morning. Moffat took first in the event with a 7-06 attempt.

The Wolves had a number of excellent performances both in individual events as well as a few individuals that scored at the top in multiple events, earning big team points.

For the Lady Wolves, Rylee Rosas led the way in the 100-meter dash, finishing 12th followed by teammat...