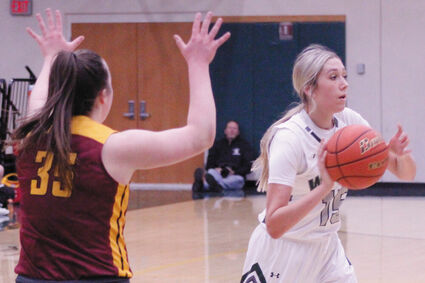 The Green River High School girls basketball team may not have won any games at state last weekend, but they fought hard to finish a competitive season.

In both state games the Lady Wolves played they had three good quarters but one quarter where they struggled, which kept them from ultimately catching up, according to Coach Rick Carroll.

Green River’s first game was against Thunder Basin, which they lost 47-38.

“In that game I think we played three really good quarters,” Carroll said. “We got in a hole in the first quarter, we were down 14 to three. So we came out with I think a...