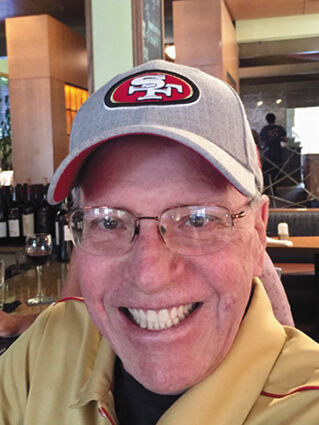 John Earl Denman (JED), 70, passed away peacefully from an apparent heart attack at his home in Davis, California December 3rd, 2021. He was proud to have been vaccinated as well as receiving the booster, so Covid-19 was not an issue.

He was born in Powell, Wyoming October 19, 1951 and attended schools in Lovell, Wyoming graduating from Lovell High school in 1970. After high school, he attended Northwest Community College in 1971 - 1973 and worked for Lovell Clay Products until 1975. He worked in Sheridan and Bozeman through 1978 when he moved to Billings where he managed a masonry material supply house for about three years. He then worked as a bookkeeper and junior estimator for a masonry contractor until 1983, at which point he moved to Denver. While living in Denver, he was a sales manager for a brick company in Boulder. He moved to southern California for work, then on to Las Vegas for a while. Around 1989, he moved to northern California and was hired by a company to help develop a Windows based masonry construction estimating software – a 'job' that he enjoyed immensely.

Jed was a walking encyclopedia of sports – he loved all sports, but was especially interested in baseball and football.

Jed led a very happy life; he did it his way. For him, everything had a time or a place - he was a minimalist with a million dollar smile.

Services are pending. The family requests no flowers, though attending a sporting event in his memory would be appropriate.