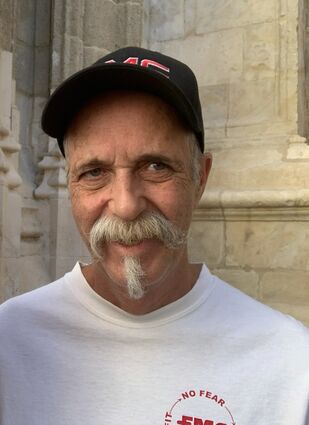 He was born, November 5, 1959, in Ogden, Utah; the son of Alfred King Walker and Betty Lucille Snowden. The only son, in the middle of two older sisters and two younger sisters.

He was raised and educated in Ogden.

At a very early age, he worked as a helper for his dad in his plumbing and heating business. In 1978, he moved to Wyoming and started work with FMC, working until his passing.

He was married and divorced twice. He was an additional dad to Damion and Dustin Olson, passing his love of water sports to his boys.

Miles loved the water and inflicted this love on all of those that were willing to be towed behind him. He was a natural at many sports, although finding him at Flaming Gorge, slalom skiing behind his boat was his greatest love.

Miles enjoyed multiple trips to Europe with his sisters and nieces, with his favorite being Amsterdam. He worked and played hard all his life.

He is survived by his boys, and sisters, their families and some very special friends. Thanks to all his coworkers and friends that always looked out for him.

As per his wishes, cremation has taken place and there will be no services. His ashes will be scattered at a later date.

In leu of flowers, donations can be made in his name to the Humane Society.