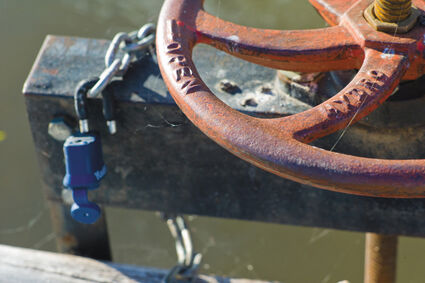 An irrigation canal on a canal on the Upper Green River Basin has a lock that can be used to regulate flows. Wyoming plans build and modify dams to retain more water despite a declaration of a water shortage in the Colorado River by federal officials.

The Department of the Interior on Aug. 16 said it would reduce water diversions to Arizona, Nevada and Mexico in 2022 after a scheduled August review set the restrictive sideboards for releases next year.

Despite that curtailment, Wyoming plans to corral another 115,000 acre-feet annually by building and modifying dams and their operations to potentia...