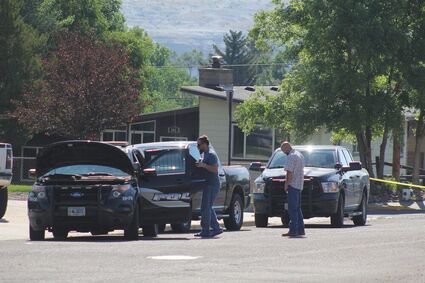 An investigation into a shooting involving a GRPD officer took place on Barnhart Street Wednesday morning.

A Green River Police Department officer exchanged gunfire with an unidentified person Tuesday night during a traffic stop on Barnhart Street, resulting in the person being wounded and transported out of state.

According to a release from the GRPD, the department received a call at approximately 10:45 p.m., regarding person at FMC Park threatening people with a gun that had left the park.

The GRPD release states the individual declined to exit t...