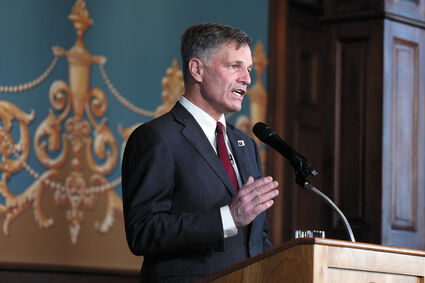 When House-Senate negotiations on a school finance bill - one of the most crucial issues facing Wyoming - collapsed on the final day of the session, it became clear any long-term funding solution must be brokered by the governor.

In his comments the following day, Gov. Mark Gordon announced he will take up the issue. But his response was so lukewarm, it inspired no confidence that what he does will be either timely or impactful.

"I have to say I was disappointed that we were not able to come to some sort of agreement on school funding," Gordon told reporters. "It wasn't necessarily a surpri...