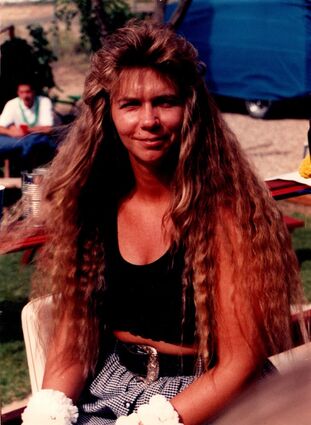 Tammy Lynn Boyce, 60 passed away Friday January 1, 2021 at her home surrounded by her family after a courageous battle with cancer.

She was born on December 18, 1960 in Lehigh County, Pennsylvania to Richard Joseph Heidecker and Rosalie Elizsabeth Weil and was raised by her mother and adopted father Louis Anthony Rosati

She married John Cheesley and moved to Wyoming and had one son from this union. They later divorced.

Tammy met Monty Boyce in 1982. They had a son and they were married in 1993. Over the years she worked at V1 Propane and Unique Boutique but mostly spent her time as a homemaker.

Her favorite time was spending time with her grandchildren. She enjoyed the annual summer trip she took with her family to Bear Lake. Tammy loved thrift shopping, making crafts and baking the best Christmas Cookies every year.

She was preceded in death by her father, adopted father, mother-in-law and one daughter Christie Heidecker.

Following cremation; memorial services will be conducted at a later date.