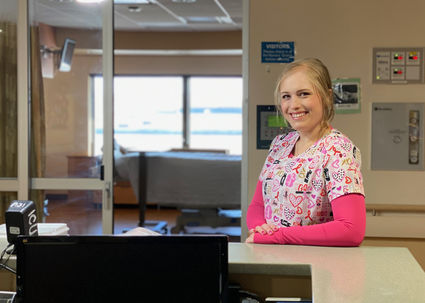 Sheridan Schultz, a registered nurse in Sweetwater Memorial's ICU, is the 2020 recipient of the DAISY Award. She was among nine nominees for the award.

The award, which she received Wednesday, is part of the DAISY Foundation's mission to recognize the extraordinary, compassionate nursing care they provide patients and families every day.

Schultz was nominated for the award by Tiffany Marshall. While Marshall is employed by Sweetwater Memorial as Executive Director of the Memorial Hospital Foundation, she said the ICU was not an area she was familiar with – that is, until her baby boy Paxton was admitt...