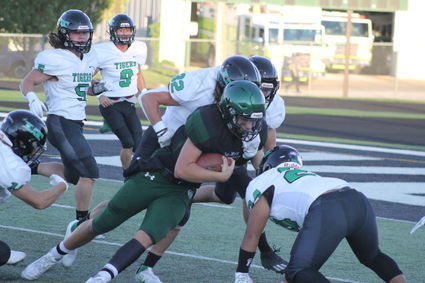 The Green River Wolves football team started the season for the second year in a row against Lander Valley High School. Lander had the advantage of having already played a game defeating Pinedale 35-0 in their early season opener.

The Wolves started the season with high hopes as they have more than 20 talented seniors on their roster, along with a new first year head coach, Ken Cuthbertson.

The first couple of series set the tone on the night for the Wolves as they moved the ball into scoring territory despite several penalties. However a fumble recovered by Lander shortly into the drive a...