Many recognized for contributions in 2019 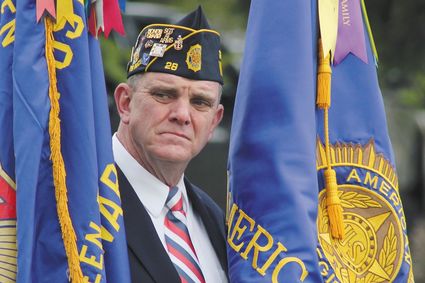 Rob Smith, a member of the American Legion Post 28, listens to members of the post and VFW during the annual Memorial Day Ceremony at Riverview Cemetery.

The past year was a year of triumph and recognition for many people in Green River.

Gayle Bacila was named Green River's 2019 Distinguished Citizen of the Year by the Green River Chamber of Commerce in April. Bacila has volunteered within the community for more than 50 years, helped at Castle Rock Rehabilitation Center before being hired to work there, serving on the Golden Hour Senior Center board, D.A.R.E. program, Green River Lions Club and many other organizations.