Swimmers prepare for last 4A season 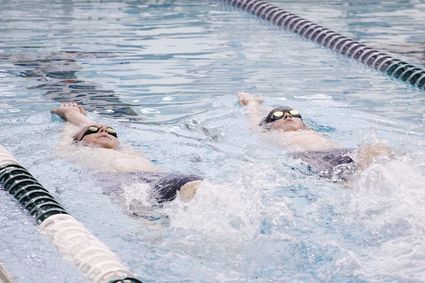 The Green River High School boys swimming and diving team are working hard to make a splash in their final year of 4A competition. The Wolves will compete in 3A next year.

The group, consisting of 29 competitors, has a few returning seniors on the team. This group includes state qualifiers from last season, Dade Lucero and Trevor Moser. While head coach Colleen Seiloff has a number of swimmers returning to the team, she said almost half the group is made up of freshmen.

She said other teams in the conference also have a lot of young and inexperienced c...