Several named to All State 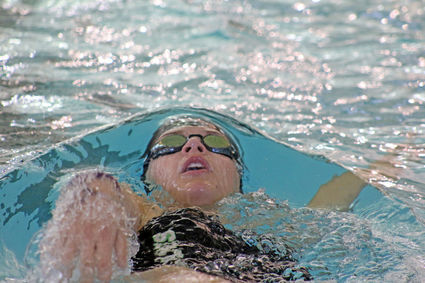 Hailey Uhrig was given All-State honors after she finished second in the 100-yard breaststroke.

For the second year in a row, the Lady Wolves swimming team has come home with a second place trophy from State.

The Lady Wolves went into State with the goal of placing in the top three and were happy to accomplish that goal again. Laramie High School took first place for a third year in a row, which was expected, due to how dominant they had been throughout the season.

"Everybody was excited about getting second," head coach Colleen Seiloff said. "We knew we'd have to work hard at it to beat Cheyenne Central and Campbell County."

Seiloff said both of those teams are tough competitors and...