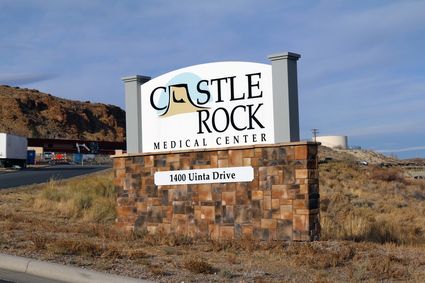 While at a recent meeting, employees from Castle Rock Hospital District were asked why they are moving forward with the construction of a new facility during an ambulance service funding discussion.

The new facility will be built through a 40-year, $10 million United States Department of Agriculture loan.

During the Sweetwater County commissioners meeting last week, Commissioner Randy Wendling wanted to know how the district can afford to pay for a new building when it has to keep asking the county for money to cover the cost of the ambulance service. He said the district receives 3 mills and it should make sure those 3 mills covers the costs before constructing a new building.

"Knowing you need that money to run your ambulance, and you can tell me it's none of my business on the rest of the question, how in the world can you move forward with building a new and pay for that even through a loan, when you know you've got to go ask money from taxpayers for ambulance service," Wendling asked. "I have a hard time digesting that."

Wendling said the 3-mill funding should cover that and they shouldn't ask for more money from the taxpayers.

CRHD CEO Bailie Dockter said they serve about 27,000 patients every year as apposed to 1,200 ambulance calls.

"We really had to take a step back and look at where we are getting more bang for our buck," Dockter said.

With more patients coming to the clinic, they wanted to provide a safe place for them to come, not just for emergencies, but for preventative care. With an aging facility and the need for several big-ticket item replacements coming forth, the group decided a new facility would help with all of the needs.

Wendling asked them why they didn't consolidate with the Memorial Hospital of Sweetwater County.

Chairman Bob Gordon said they tried to work with the hospital, but the doctors kept canceling on a regular basis, which cost them patients. This was under a different MHSC CEO. Gordon said since then, they have spoken with hospital representatives who told them they needed to get their feet under themselves first before they can help others.

"We've come forward to meet them two or three times and with no success," Gordon said.

"If I believe in something so strongly, I'm not going to stop reaching out," Wendling said.

Trustee Dan Stanton said even if they are working with the hospital, they would still need to build a new facility to accommodate the need for more space.

"I'm convinced there would be no doctors in Green River if there wasn't a clinic," Gordon said.

Wendling said it wasn't that he didn't support the project, he's just struggling with it.