Decorations enjoyed by all 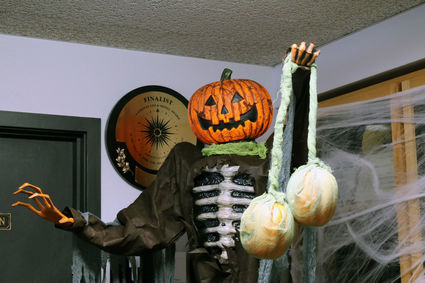 Jack-o'-lantern Man moved back and forth as children walked into City Hall.

What started out as a joke, turned into something the whole town can enjoy.

"Everyone just thought it was hilarious," Hansen said.

She positioned the skeletons so it appeared they were having a meeting. Everyone at City Hall got a kick out of it and even Mayor Pete Rust thought it was a great idea, Hansen said.

The skeletons were decorations used by the URA for its Trunk or Treat. Hansen said she and her husband got tired...