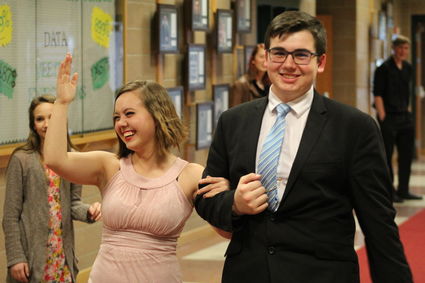 Katherine Skinner and Jaron Shereda get the red carpet treatment minutes before audience members showed up. 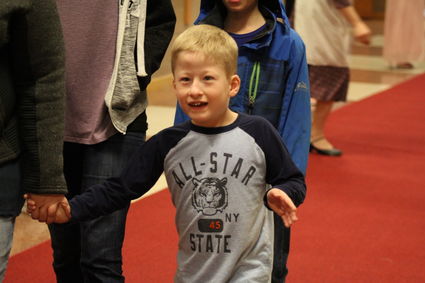 Five-year-old Solomon Flinders waves to members of the "Bright Star" cast as he walks down the red carpet to his seat.

The high school's theater department hosted a special advance performance of "Bright Star" which will have its public premiere Thursday. This show was specially geared to residents in the county with mental disabilities. Green River High School theater director Bradlee Skinner said his students realized people with those disabilities often did not come to the theater productions.

"They were a group not represented well," Skinner said. "We just want them to enjoy the theater."

Skinner said the "Bright Star" performance was cut down from nearly two and a half hours to about an hour and 15 minutes. He said the theater allowed audience members to walk around, shout or do whatever they needed to do during the performance as well, hoping to provide a judgement-free atmosphere to enjoy the show in.