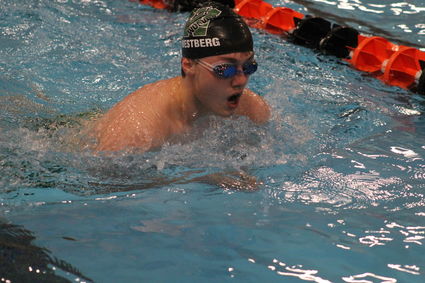 Levi Westberg competes in the 500 freestyle during a swim meet last month in Rock Springs. The team continues to field strong performances at meets across the state.

The boys swimming and diving team continues to place in the top three at the meets it has been attending.

In a previous interview, head coach Colleen Seiloff said the team is getting tired, but that's normal for this time of the season.

She said it's important for swimmers to learn h...