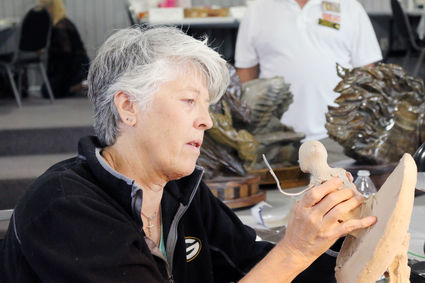 Mary Shaw works on creating a kayaker for her Art on the Green sculpting entry.

The team was named one of the top 100 schools in the National Speech and Debate Association for the 2016-17 school year and was ranked 59 out of more than 3,000 schools nationwide.

The team went on to take second at state and first at the WindRiver District Tournament where they qualified 13 for nationals. Those qualifiers were Victoria Allen, Abigaile Grub...