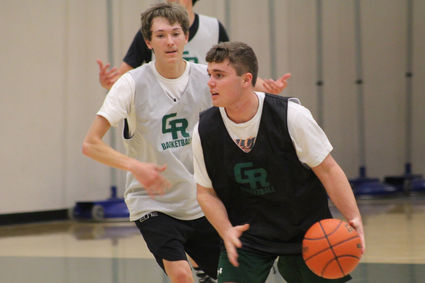 The Green River High School boys basketball team started their season in strong fashion after earning three wins during a tournament in Riverton.

The boys defeated Cheyenne South 63-49, Cody 67-46 and Laramie 59-45. For head coach Laurie Ivie, while the team played three good games of basketball, the bond the senior players have formed was a major factor in the Wolves' success over the past weekend.

"This group of senior boys have been playing together for several years," Ivie said. "They have a special bond, and a unique chemistry. They play as a team, and work together as a unit."