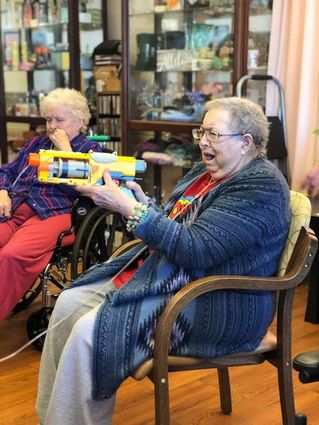 Mission at Castle Rock Rehabilitation resident Kathy Forman is excited to shoot the Nerf gun at the balloon targets.

Armed with Nerf guns, the seniors set their sights on the target -- balloons with turkeys drawn on them.

CRRC activities director and volunteer coordinator said she got the idea from Pinterest, which is where she gets a lot of her ideas for activities.

The object of the game was to shoot as many turkeys as p...