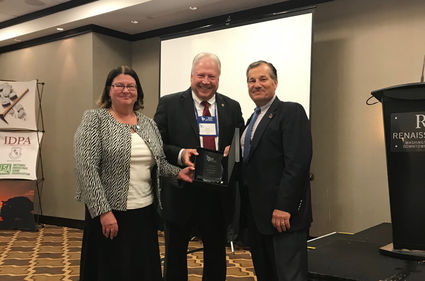 Genesis Alkali received the Industrial Minerals Association-North America Safety Achievement Award during the INA-NA's meeting in Washington, D.C., on May 8.