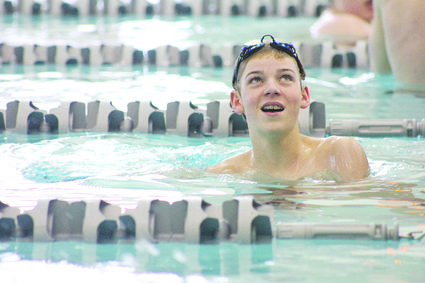 Dean Lyon catches his breath after swimming during the last chance meet Thursday. Lyon is one of the state qualifiers heading to Gillette later this week.

The boys swimming season is nearing an end with the state swim meet in Gillette taking place this weekend.