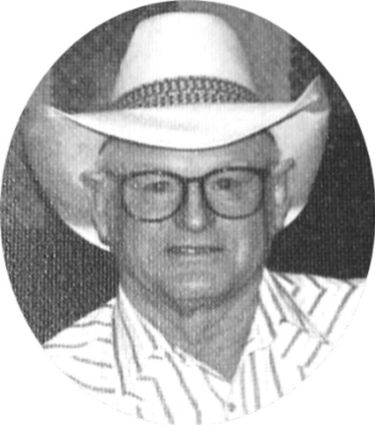 Kaye W. Allred, alias "Rooster" and "Grandpa Polecat", 85, slipped peacefully away in his sleep Feb. 25, 2016 at BeeHive Homes of St. George Assisted Living in St. George, Utah, with family by his side.

Kaye was born in Fairview, July 13, 1930, sixth son of Elden Pratt and Amy Leola White Allred. He spent his younger years farming, trapping and running fox and mink. He graduated from Star Valley High School in 1948.

He married Betty Ann Waring on Feb. 14, 1956. They met on a blind date and when Kaye decided he wanted to chase Betty, she did not put up much of a fight. They were blessed with six children and recently celebrated their 60th wedding anniversary. He often said his family and his religion were his greatest treasures!

Kaye went to Utah Trade Tech in Provo, Utah. He studied diesel mechanics and refrigeration. In those days, a college education was a luxury and rare for a farm boy. He always expressed his gratitude for being so blessed. He used his education well in providing for his family, helping the farmers and ranchers of Star Valley, Cokeville and surrounding areas, and any other person he came across in need of a good mechanic. He could fix anything! Kaye was a friend to everyone.

He worked for International Harvester, Wyoming Experiment Farm, W.A. Harmon Construction, John Deere, Massey Ferguson, Pioneer Specialists and the City of Green River, where he retired in 1995 on his 65th birthday.

A faithful member of The Church of Jesus Christ of Latter-Day Saints, he was always in the service of others. Dad served in two Bishoprics in the Fairview Ward, and as a counselor in the Green River First Ward before becoming Bishop of that ward. He served on the High Council in Green River, and also in many other capacities. He loved everyone he served, and they in turn loved him. Kaye and Betty fulfilled two LDS Farm Management missions at Martin's Cove and Elberta, Utah. They volunteered at the Stake Welfare Farm in Hurricane, Utah and at LDS Temples in the winters.

Kaye is known for many things. Some favorites include skinning skunks with his brother, Val when they were kids and tipping over outhouses on Halloween; playing String Bass in dance bands; and dancing with his sweetheart, Betty. They taught many youth groups the Waltz, Polka, Fox Trot and some traditional square dances. He enjoyed singing songs to his children and grandchildren. If Kaye teased you, he loved you. His favorite foods were cheese, ice cream, soda pop & candy. Also he was famous for eating what he so lovingly called "skunk eggs", raw onions.

His hobbies were spending time on his Crow Creek Ranch, visiting family, friends, and neighbors, driving his tractor, and taking long car rides on all the back roads of his beloved Star Valley. He knew who lived in most of the homes that he passed and would point out every field where he had fixed a farmer friend's machinery.

What a joyous reunion took place, as he was preceded in death by his parents, four of his five older brothers, two grandsons and one great-grandson.

He is also survived by 17 grandchildren, 13 great-grandchildren, older brother, Val Dee Allred and his dear, younger and only sister, Loa Allred Burgon, as well as many nephews and nieces that he loved as much as his own children. For his family he leaves a legacy of a life filled with service, hard work, honesty and love.

His family would like to thank Legacy Homes of Thayne, Wyoming; Community Nursing Services Home Health and Hospice of Utah, especially his Hospice Nurse, Randi; along with the loving staff at BeeHive Homes who helped care for him so attentively these last few months of his life. He felt your love.

Funeral services were held on Tuesday at the Fairview, Wyoming LDS Ward building, under the direction of Schwab Mortuary. Interment was in the Fairview Cemetery.