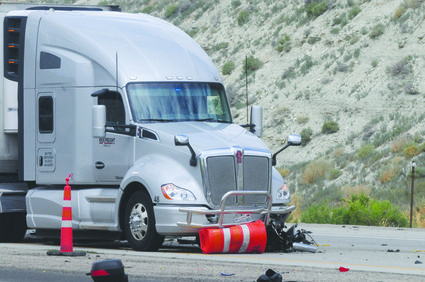 A crashed motorcycle is pinned beneath a tractor trailer combination Monday on Interstate 80. The motorcycle's rider died as a result of the injuries he sustained.

Sweetwater County was the scene for two deadly vehicle crashes during the last week.

According to the Rock Springs Police Department, 44-year-old Stacey McPherson, of Green River, died in a motorcycle crash on Railroad Avenue, near N Street, in Rock Springs early Saturday morning. The department responded to the scene at 3:28. a.m. after receiving calls regarding two people laying in the road. An unidentified man was taken to Memorial Hospital of Sweetwater County with injuries, while McPherson was pronounced dead at the scene.

The crash is still under investigation, but the RSPD reports th...