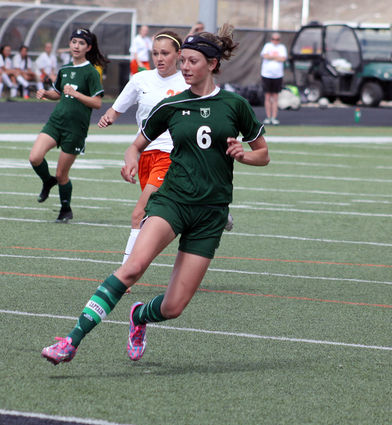 In their first matchup of the season against Rock Springs, the Green River High School girls soccer team was able to defeat their rivals by three goals. The second verse was same as the first.

The Lady Wolves kept the Sweetwater Cup in their possession with a 4-1 road victory May 1 in Rock Springs.

Green River came out of the gates early and got early goals from McKenzie Lucas who scored on a amazing floater and Taylor Stoeger who sent a kick with force to the back of the net.

GRHS head coach Tracy Wyant said the team has been working hard on communication and they did a really good job put...