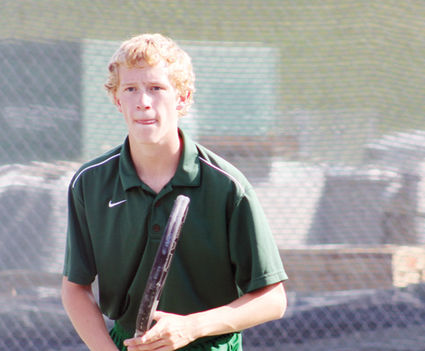 After their opening weekend of tennis action, Green River High School head coach Phil Harder is enthusiastic about the 2014 season.

"Things are looking good for Green River tennis," he said.

Following several close match ups against Powell and Cody, Harder said right now they are trying to figure out lineups prior to opening up conference play next week.

This season the squad has 46 members and he said they are a good group of kids who are very coachable.

"They are fun to watch and they listen to what you say," he said.

It will be a busy week for the team as the varsity and junior varsity teams will battle to take on Rock Springs Thursday, then travel to Casper to take on Kelly Walsh Friday and Natrona on Saturday. Harder added the kids on the team like each other, are having fun and you can see that when they play.