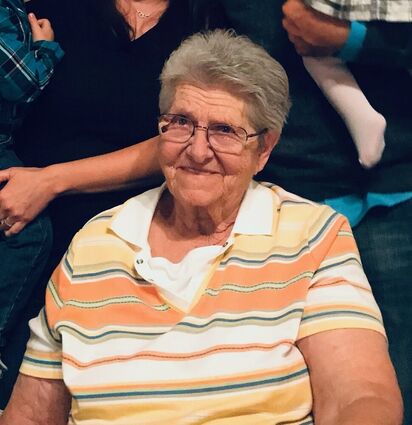 Lorraine "Dena" Bogataj, 94, passed away peacefully surrounded by her family on Monday, January 9, 2023 at her home in Rock Springs, Wyoming. Mrs. Bogataj was a resident of Rock Springs, for 65 years and former resident in Winton and Reliance, Wyoming.

She was born November 14, 1928 in Winton, Wyoming; the daughter of John Nigra and Jenny Tardoni.

Mrs. Bogataj attended schools in Reliance, Wyoming and was a graduate of Reliance High School.

Mrs. Bogataj worked at Ann Cummings Burger Palace and Panda Place for 30 years as a Waitress. She also worked for the City of Rock Springs Parks Department for 10 years as a Groundskeeper.

She was a member of the Holy Spirit Catholic Community.

She was preceded in death by her parents; husband; one son, Karl Bogataj; one brother, Ernest Nigra and one brother-in-law John "Brownie" Majhanovich; one sister-in-law, Angela Majhanovich.