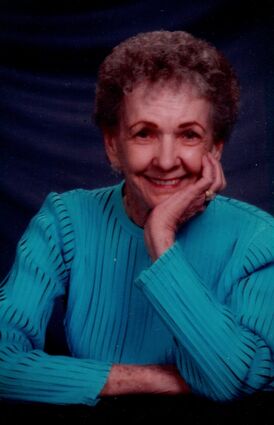 Julia Davis, 95, passed away on Sunday, January 2, 2023 at Memorial Hospital of Sweetwater County in Rock Springs, Wyoming. She was a resident of Rock Springs and Reliance, Wyoming for the past 89 years and former resident of Slovenia, Yugoslavia. Mrs. Davis died following a lengthy illness.

She was born February 14, 1927 in Slovenia, Yugoslavia; the daughter of Leo Poljanec and Ivana Sink.

Mrs. Davis attended schools in Reliance, Wyoming and was a 1945 graduate of Reliance High School.

She married James Campbell 1947 in Rock Spring, Wyoming, they had three children from this union and later divorced.

She then married Dr. Donald C. Davis and he preceded her in death March 6, 2012.

Mrs. Davis was a member of the Holy Spirit Catholic Community.

She enjoyed shopping and golfing.

Cremation will take place; no services will be conducted at her request.