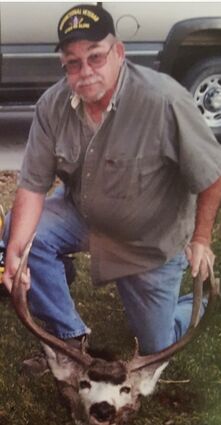 Douglas Wayne Rodda Sr., 74, passed away Saturday, January 14, 2023 at his home in Rock Springs, Wyoming. He was a long-time resident of Rock Springs.

He was born on June 10, 1948 in Rock Springs; the son of Howard B. Rodda and Alberta Louise Zeiher.

He married Patti Kae Orester November 1970 in Rock Springs, Wyoming, they had six children from this union and later divorced.

Mr. Rodda served in the United States Navy during Vietnam.

He worked for Union Pacific Rail Road for 40 years until his retirement in 2013 as a Locomotive Engineer. He worked for himself as an electrician for many years as well.

Cremation will take place; a Celebration of Life will be conducted at 10:00 A.M. Monday, January 23, 2023 at the Vase Funeral Chapel, 154 Elk Street, Rock Springs, Wyoming. Military Honors Graveside Services and Inurnment will be in the Rock Springs Municipal Cemetery.