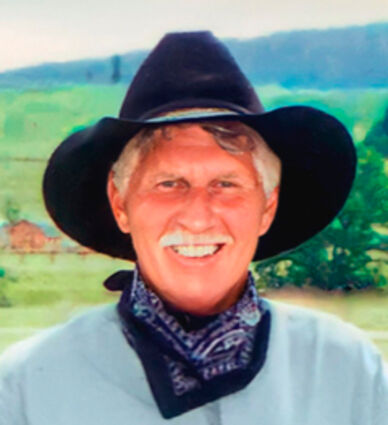 Jim Jensen of Sturgis died after a brief illness on December 25th, he was 78. Jim and his wife, Jolene made their retirement home with their horses on 10 acres above Hog Heaven Campground, where Jim oversaw operations for 15 Rally seasons.

Jim raised his family in Green River, Wyoming. Jim, Jolene, and their children Julie, John and Jess all competed in rodeo across the state and beyond. Jim and his best roping buddies packed up his motorhome and horsetrailer every January bound for Arizona to jackpot teamrope in the sun. When hunting season came around, Jim, his sons and friends rode deep into the Hoback and Grey's River mountains of northern Wyoming for trophy elk. Jim was a well-known Ford man in Sweetwater County for 25 years.

Jim and Jolene (Bonomo) Jensen met in Green River and married in 1969. Jim was raised in Rapid City, SD and a flight engineer in the Navy. His straight talking style and sharp wit was well-loved by his hundreds of Harley riding and cowboy friends alike. He is preceeded in death by his wife Jolene, and surived by his children Julie, John and Jess Jensen.