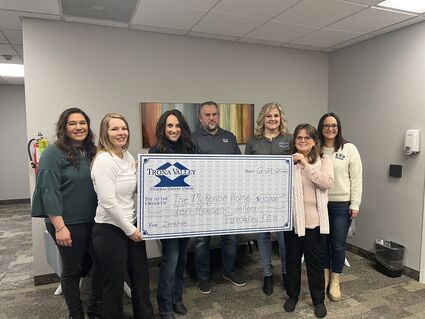 Bringing the McKenzie Home to the old Washington Square school building is still an ongoing project, but progress is being made, especially with donations like Trona Valley Federal Credit Union's recent $10,000 contribution to the transitional home for single mothers.