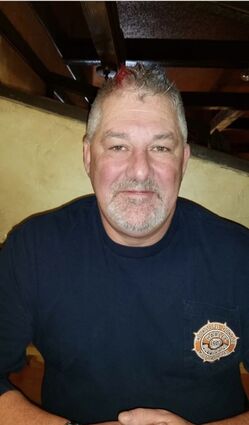 Donald Lindsley, 62, passed away on Sunday, January 1, 2023 at Memorial Hospital of Sweetwater County in Rock Springs, Wyoming, He was a resident of Green River for the past 34 years and former resident of Granger, Wyoming and Roosevelt, Utah.

He was born October 27, 1960; the son of Donald B. Lindsley and Carma Mackay Lindsley

Mr. Lindsley attended schools in Green River and Granger, Wyoming. He was a 1979 graduate of Green River High School. He earned his Automotive Degree at Arizona Automotive Institute in Glendale, Arizona.

He married Michelle Currier on May 9, 2014 in Wendover, Nevada.

Mr. Lindsley worked for Dominion Energy for 42 years in Information Technology until ill health forced his retirement on July 29, 2022.

He enjoyed spending time with his family; the great outdoors; hunting; fishing; camping; his dogs and his Harley.

He was preceded in death by his father, Donald B. Lindsley and grandson, Aidan Lindsley.

Condolences may be left at http://www.vasefuneralhomes.