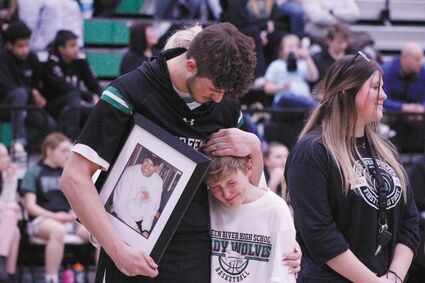 Facing challenges and tough competition, the Wolves wrestling team persevered through the season and ended up sending 15 wrestlers to the State tournament. At the tournament, eight wrestlers placed and the team came home with a third-place finish overall. Tommy Dalton and Kale Knezovich, both at their second championship, earned State titles. The tournament reflected the season, with the Wolves starting out rough but pulling together to work hard and better themselves.

After "battling out and pushing each other all year," according to Head Coach Colleen Seiloff,...