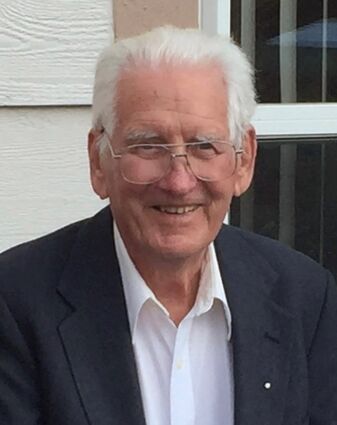 William (Bill) Fischer was born in Orange County, California to George and Phyllis Fischer and passed away peacefully at the age of 89 at his home in Green River, Wyoming on Friday, December 9, 2022. Bill and the love of his life, Noreen, were married in 1955 and had eight children together.

Bill received a Mine Engineering degree from Colorado School of Mines in Golden, Colorado in 1956 and began his career in Carlsbad, New Mexico as an Engineer in the potash industry. In 1959, Bill moved his family to Green River and worked for FMC until his retirement in 1997. During his tenure with FMC, he worked as a Mine Engineer, Chief Mine Engineer, traveled the world researching trona deposits and was instrumental in the development of solution mining and received several patents.

Cremation has taken place; a Celebration of Life will be held later this summer at the family cabin.

The family respectfully requests donations be made in Bill's name to Wyoming Chapter of the Alzheimer's Association, 2252 Del Range Boulevard, Suite 101, Cheyenne, Wyoming 82009.